'Everybody I know wants artwork of

Pet portraits done in paint, photography, felt and collage are a source of income and joy.

As Kat Corrigan sat at her dining room table, painting a canvas, one dog rested at her feet. The family pug passed through, giving a snort. Then a cat, named Fatoosh, hopped onto the table, nuzzling Corrigan's left hand.

Creatures had found their way onto her canvas, too. On this morning, as she did every morning in March, Corrigan was painting a cat.

Two cats, actually, nuzzling one another, gold glints in their eyes.

"In cats' eyes, there's so much stuff happening — blue and green ... and a little bit of gold," Corrigan said, loading her brush with more of the golden yellow she'd mixed that morning. "How do you create those illusions?"

Over the past decade, Corrigan has captured the eye colors, head tilts and swirling fur of hundreds of pets via her monthlong dog-a-day and cat-a-day challenges (https://katcorrigan.com/thirty-in-thirty-projects/) , a practice that she believes has made her a better painter. Sure, she paints landscapes. Wildlife, too.

But "pet portraits — that's the practice that keeps me going," Corrigan said.

She's among a cadre of local artists who paint, draw and collage portraits of folks' pets as a steady source of income in an unsteady profession, as well as a source of joy. They're an easy sell, especially these days, after the wave of so-called "pandemic puppies" took residence in our homes and our hearts.

Gallery: Artist Kat Corrigan works on a painting for her 30 Cats in 30 Days project, as family dogs rest and stir around her.

"Everybody I know wants artwork of their pets," said Hannah Frick, a Minneapolis artist (https://www.hannahfrickart.com/) trained at the now-defunct College of Visual Arts.

In college, Frick ranked making pet portraits near hanging your artwork in a coffee shop — something, in other words, a serious artist would never do.

"I thought, 'Oh, I have to make profound, beautiful, abstract pieces of art,' " she said, laughing. "I'm definitely over that."

Frick first collaged two cats for her sister as "a fun little experiment." Today, the collages make up three-quarters of her work. She flips through magazines, pulling out colors or patterns that match the pet in question, creating a palette for the piece.

The folks who live in that household agree: "They are 20-pound dogs that run the show," said Michelle Horovitz, laughing. She and her husband, Adam Klarfeld, commissioned the large portrait of their small dogs, Tootie and Edna, for a prominent spot in their Minneapolis home.

"Hannah rips up materials — conventional and unconventional — that create the exact palette," Horovitz said. "She gets every single feature. They look exactly like our dogs from far away." Then you go up close, she continued, and discover photos, patterns, even mangos.

"It's an interactive experience because you could stare at it for a hour."

The artists who love this work say it sustains them, not only financially. Growing up, Corrigan had been "one of those awkward kids who felt I had more of a capability with animals than humans." Today, the south Minneapolis home she shares with her husband, a puppet artist, and her son bustles with pets, most of them theirs.

So she's honored to capture others' beloved creatures, many of whom have died.

"There's just a really glorious connection when you paint someone's animal and they appreciate it," Corrigan said. "To be a part of that is so humbling."

In 2003, Leslie Plesser (https://www.shuttersmack.com/) adopted two puppies — a golden retriever and a collie — at the same time "because my husband and I were crazy."

For Christmas that same year, she received a DSLR camera, her first. She didn't want to be one of those people who had a fancy camera she never used, she said. "So I promised I would make one photo every day that was good enough to put on the internet."

As she moved into the studio, her pups became her test subjects. She trained them to sit and to stay, practicing different lighting techniques against their profiles. Then people began bringing their own dogs in. Against a clean backdrop, a dog's details shine, she said.

The cowlicks in the fur, the bottoms of the paws, the spots on the tummy.

"Dogs are very expressive," she said. "And dogs aren't self-conscious. A lot of times when I take people's portraits, they're holding their breath or they're sucking it in or they're trying to stand in the most flattering pose.

"Dogs are just being dogs."

But Plesser has been nipped at and peed on. An elderly, shaking chihuahua fell off an ottoman. Blood went everywhere.

"It's not glamorous," she said.

Pablo and Gonzo the cats.

More than half of Plesser's paid pet clients come to her when their dog is diagnosed with something terminal, which is a bummer: "I don't think this is how you want to remember your dog."

So she encourages owners to bring in their pets when they're spunky and sassy and full of life.

When her sister's dog died in 2018, artist Kristin Williams (https://www.kristinwilliams.com/home) wanted to create a portrait for her that wasn't a traditional painting. She came upon a clip of a woman doing needle felting "in a way I had never seen before."

"It's such a simple, simple thing," she said. "You're pressing the needle over and over again in different directions to slowly bring those fibers together."

Until then, Williams had worked in the digital world, uninterested in realism, she said. "But there was something about capturing the expression on a pet's face that was intriguing to me."

In addition to a photo, she asks pet owners to give her a little bio of their animal, which "absolutely helps me."

With special fibers, Williams re-creates the shine in the eyes, the whiskers near the nose. The resulting pieces measure between 2 and 3 inches thick. Felting is a bit like sculpting, so "things are always moving," she said. "It can be a train wreck, but then you can bring it back, and that's the exciting part. ...

"It can look like nothing's happening, and then you start to see the eyes coming into the right spot."

The easels had been set up by the time they arrived.

In a back room at Urban Growler in St. Paul on a recent Thursday, about two dozen people grabbed a beer and got to work. Courtney Pedersen, of Minneapolis, giggled at the portrait she was about to paint: her white-and-copper-colored cat, Hamm, his mouth wide.

"The picture quality isn't great, but the expression is," Pedersen said. "He's a little potato."

She picked up a small brush, uncapped a pink paint and dotted a small diamond in the canvas' center.

An artist had already done the tough work for her. Gray Duck Art (https://grayduckart.com/) creates custom, paint-by-numbers kits for pet owners to complete at home or during events at breweries and wineries across the Twin Cities.

"We've found, over the course of hundreds of classes, that people just want to paint," said owner Maddy DePaul.

"I'm trying to switch the narrative, so that people can stop saying, 'I suck at art.' "

Her team of five women, all artists themselves, create the kits — drawing the animals and matching the colors. Their competitors' kits ship from overseas. "What sets us apart is that customization," DePaul said, "the artistry behind the drawing."

Most people at the Urban Growler event in March were painting their dogs. Shape by shape, color by color, they appeared on the canvases. A pug, a Lab, a set of standard poodles.

"At this stage, you think, you think, how is this going to work out? And then it slowly comes together," said Sarah Dockter, seated at a table beside friends.

Dockter was painting her green-eyed cat Trouble because she had, at an earlier class, already rendered her dog, Boomer. That canvas was now perched on the mantel of her Minneapolis home.

As she filled in Trouble's fur, she smiled back at her canvas, scrunching her nose.

Jenna Ross is an arts and culture reporter. jenna.ross@startribune.com 612-673-7168 ByJenna 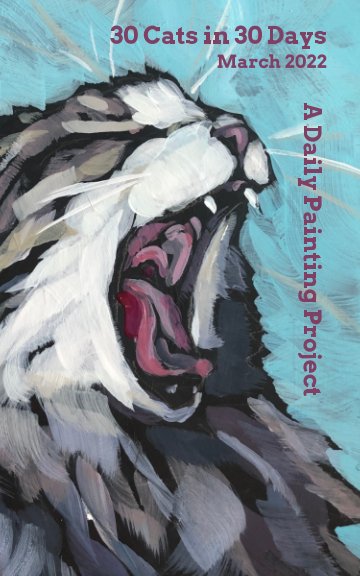 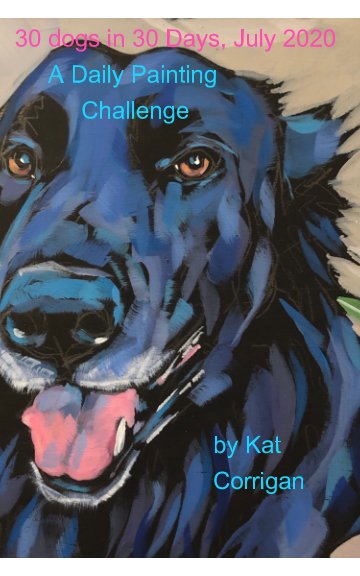