This is Tiger, who lives with my friend Coffee Jon (whom I dated some time ago) and who now loves Tiger and his cat sister, Kitten, because their prior owner, Barbara, passed away a few years ago.  Barbara and her cats moved to Minnesota to live with Jon and Tiger is still keeping an eye on the house, maintaining his territory and giving John a good reason to sit and be still sometimes.

Here's what John wrote about Tiger!
Tiger, I inherited from Barbara "White Raven" Burritt after her passing in October 2008. On Tiger's first Minnesota snowfall in late 2007, he showed his true Maine Coon nature and bound through it joyfully, looking over his shoulder at me saying in feline-ese "looked dad, Snow! What fun!!!" It is my true dog Kitty. 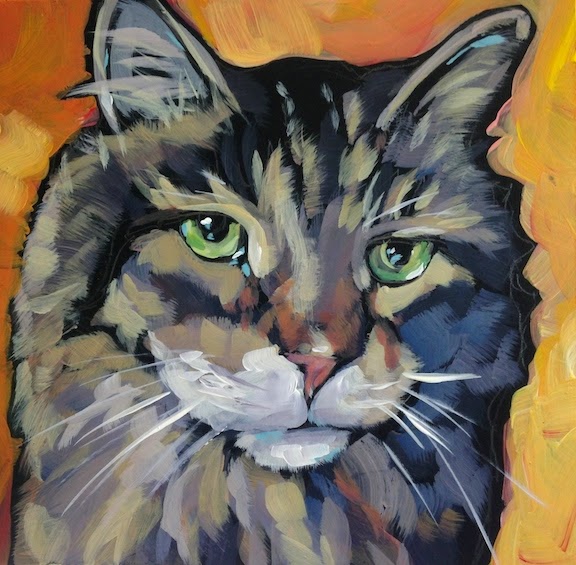